Doctors should no longer routinely start most people who are at high risk of heart disease on a daily regimen of low-dose aspirin, according to new draft guidelines by a U.S. panel of experts.
Book an Initial Call
November 25, 2021 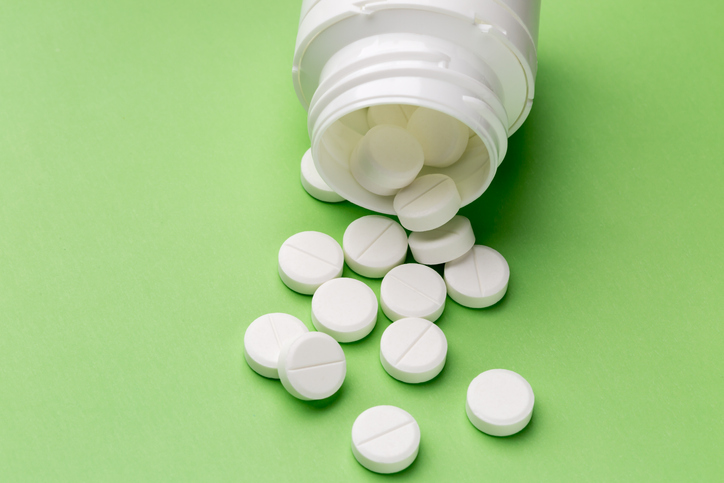 The proposed recommendation concerning low-dose aspirin is based on evidence that the risk of serious side effects far outweighs the benefit of what was once considered a remarkably inexpensive way to fight against heart disease.

The New York Times’ recent article entitled “Aspirin Use to Prevent 1st Heart Attack or Stroke Should Be Curtailed, U.S. Panel Says” reports that the U.S. panel also plans to retreat from its 2016 recommendation to take baby aspirin for the prevention of colorectal cancer, guidance that was groundbreaking at the time. They said more recent data raised questions about the benefits for cancer, and that more research was required. A low dose is 81 milligrams to 100 milligrams.

The recommendation by the U.S. Preventive Services Task Force on low-dose aspirin would apply to people younger than 60 who were at high risk of heart disease and for whom a new daily regimen of the mild analgesic might have been a tool to prevent a first heart attack or stroke. The proposed guidelines wouldn’t apply to those already taking aspirin or those who’ve already had a heart attack. They also want to strongly discourage anyone 60+ from starting a low-dose aspirin regimen, amid concerns about the age-related heightened risk for life-threatening bleeding.

The U.S. Preventive Services Task Force proposals come after years of changes in advice by several leading medical organizations and federal agencies. Some of these previously have recommended restricting the use of low-dose aspirin as a preventive tool against heart disease and stroke.

Aspirin inhibits the formation of blood clots that can block arteries. However, research has brought about concerns that regular intake ups the risk of bleeding, especially in the digestive tract and the brain, dangers that increase with age.

“There’s no longer a blanket statement that everybody who’s at increased risk for heart disease, even though they never had a heart attack, should be on aspirin,” said Dr. Chien-Wen Tseng, a member of the national task force who is the research director of family medicine and community health at the University of Hawaii. “We need to be smarter at matching primary prevention to the people who will benefit the most and have the least risk of harm.”

Research shows that the increased risk of bleeding happened fairly quickly after someone begins regular use of aspirin. Those who are already taking baby aspirin should talk to their physician.

“We don’t recommend anyone stop without talking to a clinician, and definitely not if they have already had a heart attack or stroke,” she added.

The guidelines, which aren’t yet final, may impact tens of millions of adults who are at high risk for cardiovascular disease. That’s still the leading cause of death in the U.S.

How Many Rural Hospitals are Closing?

How Do I Contest a Will?

What Is Federal Estate Tax Exemption, and Does It Matter?

Can I Protect My Inheritance from Divorce?

Is Bitcoin Part of an Estate?